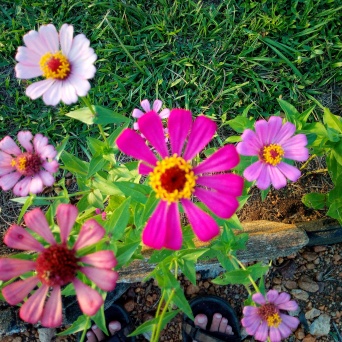 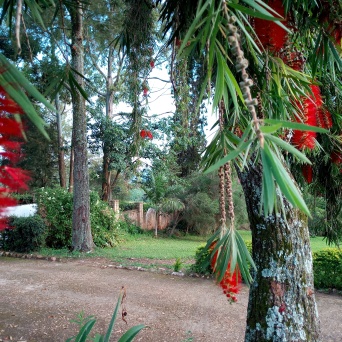 I am an individual who lives with Post Traumatic Stress Disorder (PTSD). While some people are able to process and move through traumatic experiences, some people, like me have a lot of difficulty processing those experiences. Everyone’s experience is their own unique story, and not everyone’s symptoms manifest in an easily treatable form. For me, PTSD is living my trauma over and over again in a waking nightmare. However, I have been very blessed in my life, to have found love with so many people. I have made new families wherever I have wondered. My loved ones have been there with me, even when I pushed them away. If it were not for this beautiful kindness, I would be have given up my fight a long time ago.

My time in Uganda has struck me with a double edge sword. I uprooted myself, yet again, from everything I ever knew. However, this vulnerability was met with kindness. I quickly fell in love with Uganda. Before I knew it I was surrounded yet again by a new family and had fallen into a wonderfully challenging, inspiring, and fulfilling job. I had everything I had been so desperately striving towards for so long.

However, my time in Uganda was not without its own stress: Being so far from my loved ones as their health failed them; never knowing when, where, or what my next assignment would be or how far I would be from a health care facility; working three jobs at a time so that I could get my health insurance covered; and witnessing and hearing about heinous acts happening to those Ugandan’s I was closest with (I watched and listened as the ones I loved were treated with indignity, while their assailant reaped rewards).

I woke up screaming many nights due to my PTSD nightmares. Little sleep lead to my health rapidly spiraling out of control as I started to suffer from three to four debilitating migraines per week. I saw ten doctors in Uganda about the migraines, but none of the treatment plans worked. The only thing that dimmed the pain were opioids, which I was unwilling to take regularly for fear of becoming dependent. I was managing my PTSD, autoimmune disease, hypo glycaemia, and migraines with a team of doctors from around the world. However, despite my best efforts to cull my decline, I was rapidly losing control of my health.

Then one day, everything changed. That day, there was a commotion near the construction site. I went to check it out and asked my friends what was going on. They explained to me that a woman had been severely beating some children with rods. The culture in Uganda can be generally supportive of physical discipline especially the discipline of women and children, but the community belived this woman had gone too far. The children had told the community that this woman had been forcing them to carry loads of charcoal (larger than the kids themselves). These kids had run away from home, and not for the first time. The woman (these children’s aunt) was irate. She was yelling at the community and threatening to kill the children. The community had bound the woman’s wrists and were discussing what to do: get the police involved, send the children back with the woman, send the children with a neighbor and get community elders involved.. etc. I knew that I knew nothing of the culture or even how child protective services works in Uganda. So, I tried to observe silently.

However, when I saw some of the people grabbing the eldest child’s arms and trying to force her to return to her aunt. I stepped next to the child, knelt down in front of her and told her what had happened to me. I told her that I could never know how hard it is to go through her pain, and how sorry I was that she was going through this. I told her that I was here for her. I told her I believed her. I told her that I would not abandon her. I told her we would take her to the police if she wanted. I asked her what she wanted. She couldn’t talk because she was crying so hard. In that moment it dawned on me that this is one of the hardest choices I could ask a human being (let alone a child make).  I had struggled with a very similar decision in my childhood. As I remembered the thoughts I had as a child, I wondered what thoughts she might be having. What was the price she would pay for an unknown chance at safety? Would her aunt retaliate against her? What if no one believed her? What if no one stud up for her? Who could she trust?

In that moment, I started to have compassion for myself. I forgave myself for everything I did and did not do to protect myself and my loved ones as a child. When the community decided to keep the children away from their aunt until the village elders could be consulted, I stepped away, deciding to interfere no further. I went for a walk along the river. Drained of energy and feeling the panic bubbling up inside of me, I dipped my hands in the cold water. I focused on the sounds of the birds chirping, the water flowing, and the mosquitoes whirling around me. I felt the icy cold water numbing my hands, the sun beating down on my neck, and the gentle breeze caressing me. I analyzed what had happened. I felt in control for the first time in years. I felt strong. I realized that there were no right answers but that I had done my very best and I had done the right thing both in the present and the past.

Then, about a month later, I had yet another startlingly similar experience to my past crash into my life. I was invited to meet a few friends at another friend’s house. However the other friends never showed up. Instead, it was just me and the home owner. He started touching me, climbing on top of me, trying to pin me. My adrenaline spiked as I kept saying “no”, “no”, “I don’t want” and he kept responding with “It is ok” “I like you” “It is only me”. (I will never be able to grasp what goes on in the minds of people who can do this to other human beings. However I want to believe they just don’t realize what they are doing.)

I had been through this before. I had been practicing martial arts when a friend pinned me and did things that haunt me till this day. Both times, my thoughts raced. Do I scream? Do I call the cops and ruin his life? Will anyone believe me? What if I hurt him or kill him while fighting back? Is this my fault?

After saying “no” and “I don’t want” over and over again, I resolved that I would change the outcome this time. First I started crying and trying to explain why I did not want what he was doing. When that did not work, I kept repeating “no” and I shoved the man as hard as I could in the chest. I jumped a safe distance away from him and glared directly into his eyes trying to gauge his reaction. I left.

A few weeks later, the guy tried to find me where I had been staying. Maybe he wanted to apologize. I don’t know. However it scared me to my core. I desperately started trying to call a friend to come and escort me out of the hotel. However, I did not tell my friend why I needed him to come. It was difficult trying to convince him to come at such an hour without a good explanation. However, I did not want my would be assailant to be harmed, so I could not tell my friend why I needed him to come… A few months prior near our construction site, a man had been severally beaten by a mob of men after two women had shouted “rape”. I had heard stories of innocent and guilty men being beaten to death for rape. I didn’t want any harm to come to anyone, even if they hurt me. God knows, no person could ever hurt me as much as I have already hurt myself.

Admitting that I had PTDS to my beloved Ugandan friends was very difficult. One of my first interactions around mental illness in Uganda, was while my friend and I were riding through a small village. While riding we saw a woman tied to a tree like a dog. She broke free of the ropes and ran after my friend and I, while screaming in her native language. My friend explained to me that the woman was “mad”. I wonder how that woman’s life could have been if she had been able to travel to and afford medical care.

In Uganda, mental illness seemed to be very taboo. When I first confided in some friends about my PTSD, they attempted to explain to me just how taboo mental illness is. They told me how if a person were to commit suicide the corpse was disgraced. The corpse could not be removed through the door or window of a house. A hole had to be cut into the house to remove the corpse. They told me that the family of the diseased would never be allowed to marry because of the family’s shame.  I read that in Uganda, attempted suicide is an offence, punishable by a two year prison sentence. Knowing these things, and seeing how people reacted when they learned someone they knew had committed suicide, made me feel very alone at times. However, the people I confided in did not treat me any differently. If anything, they showed more love and compassion towards me once they knew my truth.

Through online therapy, proper medical care, and confronting a few of my traumas through head on exposures, my PTSD symptoms have become much more manageable. Managing my PTSD through online therapy during my time in Uganda allowed for me to be flexible for my job. However I had been stationed at many isolated locations without cell signal and was paying the price for losing professional and familiar support. My health was slipping out of my grasp. I tried to take some time off to change up my treatments and recuperate. However, all of my medical conditions are very complex. There are treatments for each, but every patient reacts differently. Furthermore, many of the medications and specialists that could help were not in Uganda.